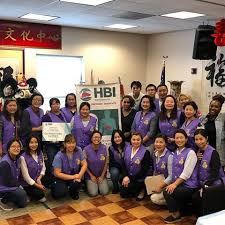 “Your brother has a massive tumor in his liver caused by hepatitis B. And I’m afraid your mother has hepatitis B too.” Leslie Hsu Oh could never forget the doctor’s words. Her brother, Jon-Jon, was only 17 at that time. He died a few months after he turned 18. A year later, Leslie’s mom, who never stopped blaming herself for passing the virus to her son, died too. It was then that Leslie learned that her family could have been saved by a simple vaccine – or a timely screening, even before any of the symptoms started to show. As a student at Harvard, Leslie reached out to allies and HBI-DC (then HBI) was officially established in 1996. It was the first organization to not only offer free screenings, but to leverage the students’ ability to facilitate partnerships between community organizations and empower them to develop their own cultural and linguistically appropriate campaign.

Today, HBI-DC is a leading force in the liver cancer prevention services in the DC area. The organization received its 501(c)3 status in 2007. In 2009, Jane Pan was invited to serve as HBI-DC’s Executive Director. Under Jane Pan’s leadership, HBI-DC has transformed into a major grassroots movement that harnesses the power of community collaboration to provide liver cancer prevention services. In 2013, in addition to hepatitis B, HBI-DC began providing hepatitis C education and screening, and later, HIV. 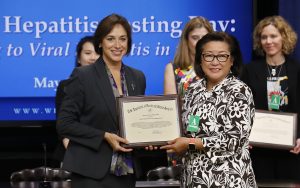 Since 2009, HBI-DC has advocated at the White House and won numerous awards, including the 2018 Spirit of Community Award from Michael and Mauritia Patcha Foundation, 2016 Best Practices Award from National Hepatitis B Task Force, and 2016 Certificate of Appreciation from the U.S. Department of Health and Human Services, to name a few.